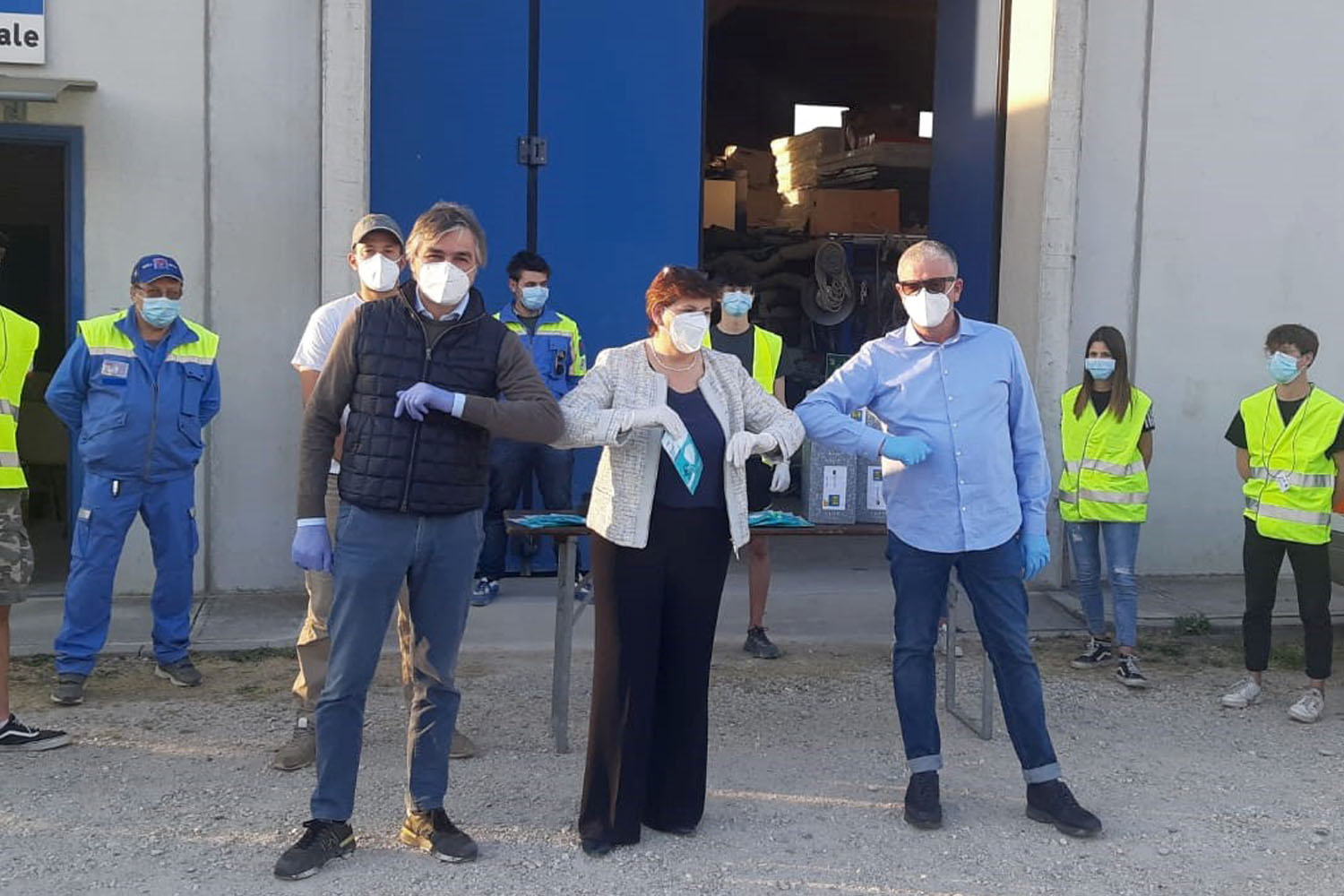 Ever since the earthquake of 1976, the ability of Friulians to react to unforeseen difficult situations and to roll up their sleeves according to the logic of “fasìn di bessôi” (let’s do it ourselves), without waiting for the authorities and national or international organisations to take action. As was to be expected, the Covid-19 pandemic also stimulated Friulians to get involved in finding solutions to problems and helping others.

A significant case in point is the Greenway Group of Codroipo (Ud), a multi-divisional company that has made sustainability the leitmotif of its various activities in the field of biomass energy production, agriculture and wine-growing, and whose founders have had professional and business relations with China for decades.
Relying on the relationships built up in China, as soon as it became clear that it would be difficult to find masks in Italy, the group’s managing director Marco Tarn, together with his partner Gabriele Cardisan, placed an initial large order for masks in the Far East, worth around 25,000 dollars, beating off requests from all over the world.

“I realise that what we have done,’ says Tam, ‘is a drop in the ocean and nothing compared to the sacrifice of doctors, nurses and hospital workers.
I also understand that talking about masks now, when supplies are starting to arrive, may seem superfluous, but when at the beginning of the lockdown it was almost impossible to find a mask, there was a need to act now. We couldn’t be held up by bureaucratic permits, tenders, contracts and so, together with my partner Gardisan, we decided to act because we had the tools and the relationships to be able to do it quickly.
We ordered Epa masks made by a large Chinese medical group. Thanks to the enormous efforts of one of our contacts in China and by “fighting off” requests from other countries, we were able to get them there in eight days. For several weeks now, our masks have been distributed in five municipalities in Friuli.

Tam and Gardisan’s idea is that, when faced with emergencies, we can’t be held up by formalities, but must act as quickly as possible: “As entrepreneurs, we are used to reacting to situations as quickly as possible, which is why we are often so impatient with bureaucracy and its liturgies. My reaction and that of many of my colleagues, both from Friuli and elsewhere, was almost ingrained in being an entrepreneur.

It is precisely for this reason that we hope that this experience will have a positive effect on the desire to rebuild a country that is more efficient and far removed from the dominant culture of today, which gives preference to talk and alibis over concrete results.
People who are concrete and dedicated to efficiency, but who are also aware that social responsibility is an integral part of doing business: “Our business started about ten years ago from an idea of our own,” says Tam, “and what the Greenway Group has become today we have built up through personal commitment and effort. However, we cannot forget that we also owe it to all our employees and to the area in which we operate. This is why we feel it is our duty to stand by our fellow citizens in these difficult times. We have done this with the masks, but also with some donations to the hospitals in the region”.

The Greenway Group’s solidarity work, however, does not intend to stop here. In fact, Tam and Gardisan are preparing other possible actions in favour of the community and to stimulate a culture attentive to environmental protection, which at the same time provides the new generations with the technical and cultural tools to best face the epochal change we are experiencing.
“Our entrepreneurial system is made up of small and medium-sized enterprises,” Tam added, “which are not ‘on’ the territory, but are ‘the’ territory. It is a system that has so far spread prosperity, but which is now strongly at risk. There will be State aid, but I fear that, because of an elephantine bureaucratic model, it will lead to inefficiency and inequality. To save ourselves, however, we need a system that is no longer vertical but horizontal, bringing everyone together: from big industry to the self-employed. It is no longer the time for mors tua vita mea, but for an awareness of the strategic role of businesses and ethical choices, because either we all save ourselves together or no one will be saved”.

Read the article in PDF